On Thursday, May 25th, 2020, the Minneapolis Police responded to a distress call of a “forgery in progress.”

According to footage making the rounds on twitter, the said man, George Floyd, was suffocated to death screaming, “I can’t breath” by the police that was supposed to arrest him.

"The other face of the "Civilized" world."#freedom #racism #Peace #America #GeorgeFloyd #icantbreathe pic.twitter.com/BOG3xNrcOX

This gruesome murder irked thousands of black people in America, who took to the streets to protest one death too many.

The protest was extended to the Minneapolis third precinct police station where protesters set ablaze.

A police spokesman confirmed late Thursday that staff had evacuated the 3rd precinct station which was the focus of the protest. He said, “In the interest of the safety of our personnel”

Minnesota Governor Tim Walz earlier Thursday activated the National Guard at the Minneapolis mayor’s request, but it wasn’t immediately clear when and where the Guard was being deployed, and none could be seen during protests in Minneapolis or St. Paul.

I never knew nigga had a kid and on seeing the third picture , God help us 🙏#JusticeForGeorgeFloyd #GeorgeFloydprotest #BlackLivesMatter pic.twitter.com/bN6XwzO9NK

Earlier Thursday, dozens of businesses across the Twin Cities boarded up their windows and doors in an effort to prevent looting, with Minneapolis-based Target announcing it was temporarily closing two dozen area stores. Minneapolis shut down nearly its entire light-rail system and all bus service through Sunday out of safety concerns. 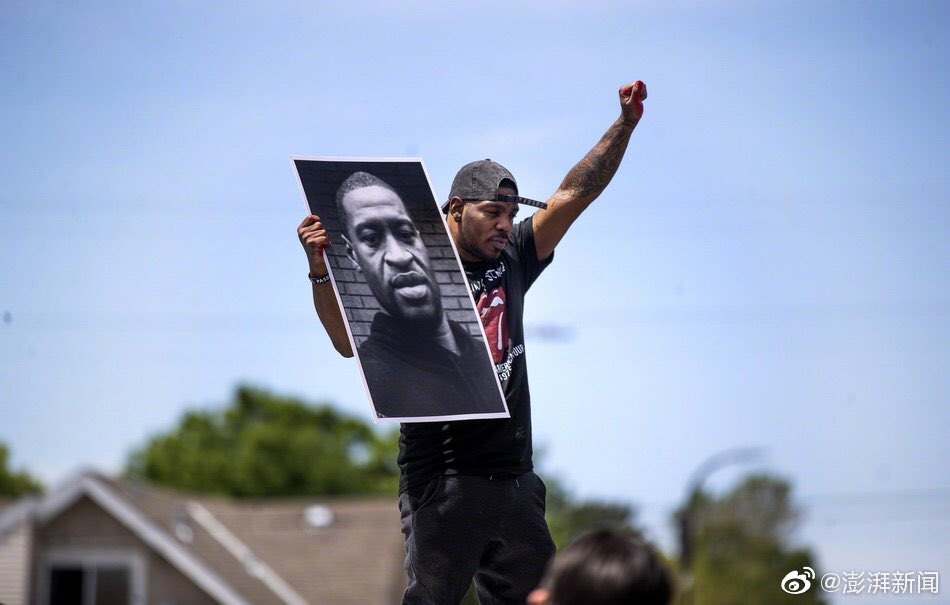 In St., Paul, clouds of smoke hung in the air as police armed with batons and wearing gas masks and body armor kept a watchful eye on protesters along with one of the city’s main commercial corridors, where firefighters also sprayed water onto a series of small fires.

At one point, officers stood in line in front of Target, trying to keep out looters, who were also smashing windows of other businesses.

But elsewhere in Minneapolis, thousands of peaceful demonstrators marched through the streets calling for justice. 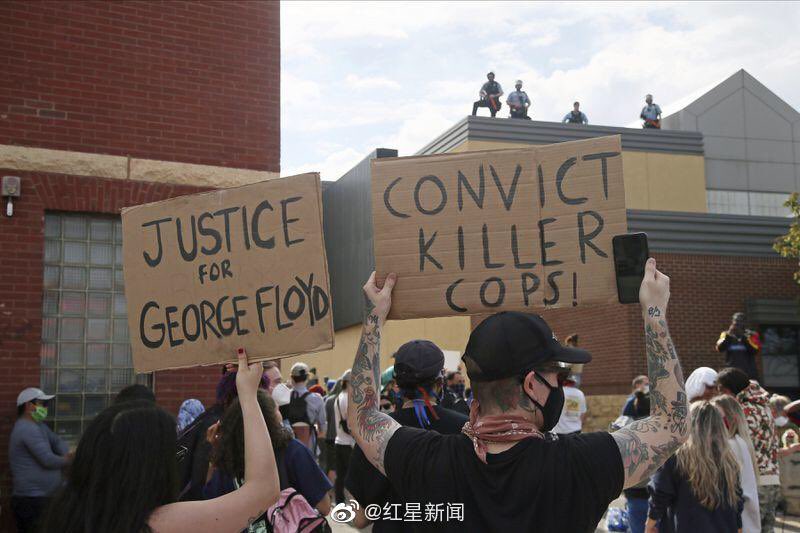 Floyd’s death has deeply shaken Minneapolis and sparked protests in cities across the US Local leaders have repeatedly urged demonstrators to avoid violence.

Omar Jimenez reporting on the #GeorgeFloydprotest, was arrested on Live TV by Minneapolis State Police. Apparently, he fit the description. pic.twitter.com/2UAcGUnSMl